Anger As An Addiction

Anger as an Addiction 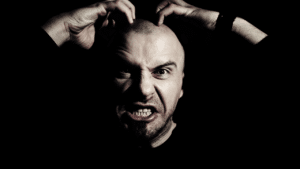 Anger causes a chemical release in the brain. This can be viewed as a sense of euphoria the individual with the rage is experiencing. Many times, this mimics the effects the individual experiences while under the influence of drugs. This can be an addiction by itself and even cause someone in recovery to eventually relapse.

People tend to prefer anger over other negative emotions, such as anxiety and depression. The rage can make a person feel powerful. The person may enjoy the ability to install fear in others, by means of bringing other people down with them.

Many times, people are afraid to let go of their anger as it may appear to be an energy source of some sort. This may make the person feel as if they can accomplish more than they normally could. Like the drugs, however, these are only false promises and will eventually make the person weaker in the long run.