Work may not always be fun, however, the need to be at some level of happiness can be achieved by means of our productive lifestyle.

This is crucial to maintain an overall happy lifestyle. 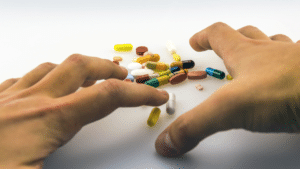 This level of happiness stems from the mind’s ability to look forward to the reward that comes from the productive efforts the person engages in. Dopamine is the brain’s neurotransmitter responsible for happiness associated with work and productivity.

It can be quite debatable as to what causes us to release dopamine. On a surface level, it is understood to be released when we engage in activities that indicate we have accomplished our needs. The most common reward like behaviors is food and sex, which cause dopamine to be released into the brain’s reward system where it is later recycled.

The mind of a drug addict is usually one that possesses some sort of malfunction in the brain’s ability to trigger and release dopamine. This causes the person to take dangerous substances and engage in reckless behaviors since they are likely to have a difficult time gaining a sense of motivation and reward and therefore seek out outside sources to help them achieve this. however, is a short-term solution backed up by nothing short of false promises. In the long run, this causes the individual to suffer an even greater deficiency in dopamine. It can be speculated as to whether a higher level of consciousness contributes to this phenomenon.