Ibogaine and Alzheimer’s on bring of finding the answer 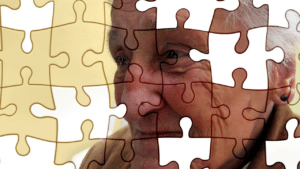 Alzheimer’s is an incurable type of dementia that involves a disorder of the associative and limbic areas of the brain. The majority of patients who suffer from this deadly disease will have fewer than 15 years of life after their diagnosis, depending on how far advanced their case is when they are diagnosed.

It is not known precisely what causes Alzheimer’s, but researchers believe that it is the result of neurodegenerative activity in the brain. This is a major factor in Alzheimer’s development, and it is believed that free radicals form in the brain and begin killing cells.

The treatment for Alzheimer’s to date has been focused on the alleviation of the symptoms. Since there is no cure, researchers are looking to ibogaine treatment as a possible course of action for the deadly disease. Since antioxidants can reduce the free radicals’ damage in the brain, ibogaine for Alzheimer’s has been studied, with various results.

Ibogaine is not of itself an antioxidant, but it does affect multiple brain receptors and has been shown to be able to boost the antioxidant system that already exists in the body. These effects have opened a door for the advanced study of ibogaine treatment for Alzheimer’s. Patients who have been treated in this way for multiple other diseases have shown a solid increase in the cognitive abilities that are related to supervised intake of ibogaine.

The Future of Alzheimer’s Treatment

Ibogaine for Alzheimer’s is a new treatment possibility, and it has shown a great deal of promise. As researchers continue to learn more about the disease itself, more will become clear about the ways in which ibogaine can be of help not just in relieving Alzheimer’s symptoms, but also in slowing or stopping the effects of Alzheimer’s in the brain.

As more and more is learned about the way Alzheimer’s takes over the brain and kills brain cells, it will become clearer what role ibogaine can play in the treatment of Alzheimer’s. With this type of treatment now being tested and studied, perhaps the outlook for people with Alzheimer’s in the future will be brighter.