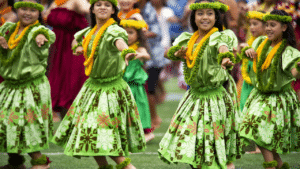 Hawaii is one of the most beautiful, warmest, and sunniest states in all 50. It is a place where dreams are found. Enjoying the views of the sea, mountains, and ancient palm trees are just one way to fall in love with the islands. Most who think about Hawaii do not look beyond these elements. If they did they would understand the community-feel that truly makes Hawaii a warm and caring place. Even though communities are very close there are still issues with drug and alcohol abuse. Challenges are hidden behind the beauty, and it is time to help those who are ready to solve their troubles with Ibogaine therapy.

Ibogaine by David Dardashti is conducted in a drug treatment center. The main focus is to first help the individual with their addiction and then rehabilitate for a drug and alcohol-free life. Ibogaine treatment is available to start 24/7. When you are ready simply call for information and find the nearest center that can help treat your addiction. For those who are not receiving treatment and need it, there is a solution.

Data from the National Survey on Drug Use shows the 26 and older age group is particularly high for drug usage in Hawaii. However, this does not mean younger generations are not using it. In fact, illicit drugs and marijuana are used frequently by 18 and older, while pharmaceuticals, cocaine, and alcohol usage are higher in 26 and older and fairly low against the national average for 18 to 25-year-olds. Also according to the information crystal meth, heroin, cocaine, club drugs, and marijuana are all major threats in Hawaii. Drugs are brought in by shipping companies, airline passengers, and U.S. postal services.

A closer look at Usage

Methamphetamine or Ice is the drug of choice in Hawaii. Powder methamphetamine is turned into Ice before the distribution process in Hawaii. The supplies often come in from Mexico and California via mail and couriers. The drugs are usually distributed through raves, private residents, street corners, night clubs, and hotels. Traffickers are part of Asian syndicates including Filipino, Korean, and Chinese who use Saipan and Guam to smuggle in meth.

Marijuana is the second-highest threat to Hawaii’s youths. In recent studies, the usage was increasing. Marijuana is usually locally grown, but it can also come in through British Columbia. Medical marijuana helps with the local growth issues since these sellers have permission to cultivate plants on the island. The vast forests also help keep grow hidden.

Cocaine is the next drug threat. The tourist industry continues to increase the demand ensuring it is widely available just like alcohol, marijuana, and heroin. Traffickers move it in through Samoa, Mexico, and Asia.

Alcohol is definitely a problem in Hawaii. Pharmaceuticals, heroin, and club drugs are also huge problems in Hawaii. The method of obtaining these drugs varies such as USPS shipments for online pharmaceutical orders. Heroin or black tar heroin is usually brought in from Mexico through the Airport. For club drugs, ecstasy is the most used, while LSD, PCP, ketamine, and GHB are also available in smaller quantities.