In a word, yes: most patients experience a high rate of success with our detox therapy. 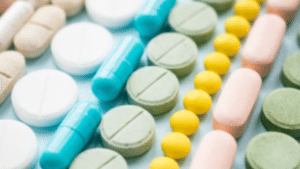 Oxycontin, or oxys for short, are classified as short-acting opiates (SAO). This makes them ideal for Ibogaine treatment. For users who are addicted to long-acting opiates, such as methadone and buprenorphine, Oxycontin and morphine are the preferred short-acting substitutes. Oxycontin use runs rampant in the U. S. It is primarily known as Oxycontin, oxys, OC’s, Killer, and Hillbilly Heroin. Oxytocin is a short-acting opiate frequently prescribed for severe and/or chronic pain. Because it contains large amounts of the base drug oxycodone, it has become one of the most heavily abused prescription drugs in history. Many users take it as a replacement for heroin and in areas where the heroin supply is low; it can be sold for prices as high as $1 per milligram. Oxycontin pills will usually have between 10 and 160 milligrams of Oxycodone.  This means that someone on the street could be paying up to $160 for a single pill. When taken as prescribed, the pills are consumed orally.  The pills have even been modified by pharmaceutical companies so that the full dosage is only obtained with injection. In spite of this, users still sniff smoke and inject drugs.

Our experiences with SAOs such as Oxycontin prove that they can be effectively treated with Ibogaine. After a successful Ibogaine treatment, an oxy addict will be able to detox without experiencing heavy withdrawal symptoms.  They also experience fewer cravings and a reduced desire to use opiates. The full treatment protocol at Ibogaine at David Dardashti in Playa Del Carmen, Mexico, takes seven days. Finishing an Ibogaine protocol for an Oxycontin detox is often the first step toward completely eliminating the need for short-acting opiates.  Other dependencies, including alcohol and stimulants, are also affected by the treatment protocol.