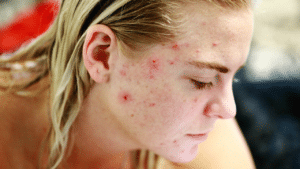 Ibogaine has shown an ability to kill Candida in the body. It will also detox heavy metals like mercury and kill bacterial and viral infections like herpes, often in just one treatment. People with acne and other diseases associated with Candida in the body will have a greater sense of hope about curing their acne for good.

Candida causes other problems in addition to acne. They include chronic fatigue and depression. Candida and other parasites may also be secondary factors in other conditions. Flushing the body with ibogaine for acne gives your body a natural source of treatment for rapid and deep detox.

Candida infections are quite common as fungal infections in the human body. They may live in your mucosal membranes like the sinuses, nasal passages, vaginal walls, and digestive tracts. Invasive Candidiasis can also affect organs. Your body normally has a Candida present, but overgrowth causes problems like acne.

Ibogaine Has Shown Success with Acne

You may already be aware of ibogaine treatment for alcohol addiction, depression, and Alzheimer’s, but it also helps in healing fungal activity. Researchers have had success in using ibogaine to detox patients with Candida infections. Studies have shown that ibogaine can suppress many symptoms of Candida, specifically cutaneous Candida albicans. The same studies have demonstrated ibogaine’s ability to accelerate yeast cell elimination.

In another study, ibogaine was given to mice, which had Candida that had spread to other body parts in different fungal forms. Gastrointestinal Candida infections were also studied. Ibogaine interfered with early infection stages and decreased significantly the mortality rate. It also decreased the volume of the Candida albicans found in the spleen, kidney, and liver.

Additional studies with human patients will be conducted to determine the effectiveness of ibogaine for acne. Western countries are not as well aware of their abilities as the Bwiti in Africa. They have understood ibogaine’s healing properties for acne and other issues for many decades. Ibogaine is helpful in detoxing from Candida and may jump-start the healing process. After cleansing ibogaine treatments, you may find that your problems with acne were largely in the past.