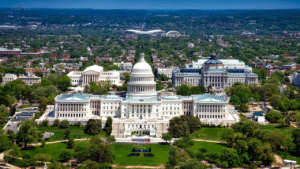 Washingtonians are known for their high levels of activity, their bustling economy, and their love of sports. We are proud of the quality of life this state provides because we have worked together to ensure it lasts and grows. The sense of community in Washington is translated into effective drug addiction treatment. Wholesome, encouraging, and personalized recovery programs are the exact model used by the David Dardashti Ibogaine clinic and detox. If you or someone you love needs help in overcoming their chemical dependency, do not hesitate to call us. The professional team at Ibogaine by David Dardashti is standing by and ready to help.

Data shows that those 18-25 particularly need – and aren’t receiving – drug detox and rehab in Washington. If you’re using and abusing, call Ibogaine by David Dardashti Ibogaine treatment center and Ibogaine detox right now for immediate help: 1-888-462-1164. Get into the right facility and transform your life. Our professionals are standing by, 24/7.

Because it shares a border with Canada, Washington is a prime transshipment point for the drug trade. Large-scale trafficking organizations operate out of the greater Yakima Valley, distributing drugs throughout the U.S.

A Closer Look Many Substances Prominently Abused in Washington State

Most widely abused drugs. Ice dominates the market, is preferred, and is easily available throughout the state. Mexican organizations import and distribute the meth, which is mostly produced in Mexico. Labs in Washington have decreased due to legislation hindering the accessibility to precursor chemicals.

Methadone on the rise. Abuse also occurs with oxycodone and hydrocodone products. Pharmacy burglaries occur routinely throughout the state. Other sources are illegal internet sales.

Readily available in multi-pound quantities. Medicinal marijuana is legal. Three types of marijuana are prevalent in Washington: locally grown, Canadian BC Bud and Mexican. BC Bud is especially available in the larger cities, which also serve as major transshipment points for distribution throughout the country. Mexican nationals are increasingly cultivating marijuana on private land as well as on state and federal forest lands and parks.

Easily accessible, including crack. Mexican drug organizations with ties to large-scale traffickers in California and Mexico control wholesale amounts of cocaine. It is consumed in-state and also smuggled into Canada for redistribution. Crack is used mostly in low-income, urban areas.

Black tar the most common type. Mexican drug organizations, which also traffic meth and cocaine, transport the drug from cities in southern California directly to western and eastern Washington.

MDMA (Ecstasy) increasing. Ecstasy is smuggled mostly from Canada, and Washington is a transshipment point for loads to Seattle and other U.S. locations. Manufacture in Canada has escalated, but lab activity is seen in the state. Found on a much smaller scale are GHB, LSD, and Foxy.

Not a significant problem.