There is always a lot going on in New Hampshire being as it is such a beautiful state with so much open space to enjoy many different types of activities in. 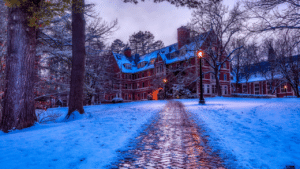 For some of the residents here instead of being able to enjoy all that New Hampshire has to offer they have become intertwined with drug addiction. There are many that have grown tired of living the life of a drug addict throughout the communities of this State and are looking at the positive aspects of what Ibogaine could do for them. They are discovering that Ibogaine Therapy is proving very successful for the addiction of many different types of drugs including alcohol. Many have found the help they are looking for at the David Dardashti Ibogaine treatment and detox center.

Illicit drugs are readily being supplied to all those who are looking for through the Dominican drug supplies specializing in the provision of cocaine and heroin.

New Hampshire vs other states

For those 18 and over illicit drugs are among the highest.

This drug too is one of the highest for those 18 and over.

For those between the ages of 18 to 25, these drugs are up in the higher levels. For those that are 26 and older, their use is moderately high.

It is moderately high for those in the age bracket of 26 and older, but in the high range for those aged 18 to 25.

The 18 to 25-year-olds using alcohol are rated in the moderately high range, while it remains moderately low for those 26 and above.

Overview of drug use in New Hampshire

The primary drug of choice is Marijuana which is easily accessed. It arrives in New Hampshire from Mexico as it is transported in through various means such as vehicles, couriers, and mail services to name a few. It has been noted that Vietnamese drug suppliers are operating to grow operations indoors.

Florida and Mexico have become the source providers for Cocaine where indications are that it is becoming a drug of abuse that is on the rise in the seacoast.

The use of Meth has been escalating over the last several years, but now seems to be stabilizing. It is accessible throughout New Hampshire and its source comes from Mexico.

Alcohol can be classed as a significant problem and when it comes to Club Drugs, the drug of choice is Ecstasy which is easy to get.

What is the Drug Abuse Answer for New Hampshire?

For those whose main issue is having to deal with withdrawals, they can become part of an Ibogaine detox program that has shown to significantly reduce the severity of the withdrawals. For those who are intent on long term success, they can look forward to achieving this through Ibogaine Treatment.