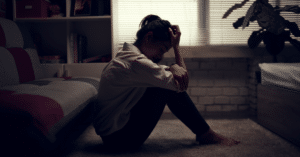 Not all devious and dangerous drugs are found on the streets.

Many can be prescribed as medicine, by healthcare professionals, causing just as much chaos as the drugs sold on the streets. Potential addicts and those who suffer from addiction must educate themselves, regarding the risks associated with these drugs. Oxycodone is a powerful opiate, used for the treatment of chronic pain and can be just as highly addictive as heroin.

This drug is not intended to be taken for long periods of time and can cause terrible withdrawal symptoms. Detoxing off this drug can be excruciating to the point where the addict will seek out illegal opiates such as heroin, to help alleviate withdrawal symptoms. Doctors many times have prescribed these drugs with poor intent, essentially taking the role of legal drug dealers.

In the early two thousand’s, a drug epidemic known as the oxycontin expression emerged. Pain management clinics in South Florida began prescribing tremendous amounts of opiates to anyone claiming to suffer from chronic pain, becoming “legal drug dealers”. Drug dealers and drug addicts from other states would travel down to Florida to obtain these drugs. The epidemic leads to larger quantities of heroin being brought in, as users demanded it when they could not find pills to help numb the pain of withdrawal.

The only time these drugs should ever be administered is for several days after serious surgery. The amount taken should be minimal, as to not cause dependence. If possible, the individual should avoid these drugs at all costs. The devil disguises himself in many different forms, it is essential to be mindful of his presence.