Drugs consume and interfere with a person in all aspects of their lives. 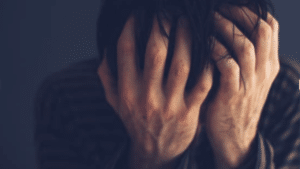 The dependence causes changes that other people can witness from the outside. The physical aspect of drug addiction involves a dependency, in which the individual’s natural biological needs are distorted, once the drugs are no longer consumed.

There are several ways in which this phenomenon can occur. Depressed have a direct physiological response which occurs if the drugs are not consumed. The person goes into a physical withdrawal where they need the substances to regulate normal bodily functions. In some cases such as alcohol, benzodiazepines, and barbiturates, the withdrawal symptoms are severe enough to kill a person.  In other cases, they can cause a person to undergo a great deal of distress.

Stimulants work a bit differently, regarding the physical aspect of the disease. Upon ingesting these substances, a person experiences a sense of euphoria and requires less sleep and food. After coming off these substances the opposite occurs, and the person tends to sleep and eat at an unusually high rate.

The physical aspect of the disease of addiction goes as far as to change the way a person looks. This is both when the person is using the drugs and when they come off them. People who abuse substances are likely going to look and feel physically out of shape. This makes it very apparent that a serious problem has occurred in one’s life.