The cure to snake venom, contains snake venom within it, just as the so-called, cure to opiates in the United States, is a form of opiates. Buprenorphine is the opioid found in drugs such as Suboxone and Subutex and is used to help people detox off short-acting opiates. It is a long-acting opiate that essentially works by binding the receptors together in order to alleviate withdrawal symptoms from opiates such as heroin and oxycontin. Essentially speaking, it is heroin plus crazy glue. 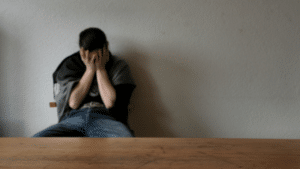 If the individual is on this drug for to long, they can experience withdrawal symptoms even worse than heroin. It is only intended to be taken for a short period of time (No more than a week tops). Even then, the addict will experience withdrawal symptoms, after the initial detox process. This drug can cause more harm than good when administered by those with poor intent. This can put the addict into an even greater dilemma than they are already in.

There are buprenorphine maintenance programs that will go as far as to keep the individual on these drugs for an eternity. The excuse for this maleficent act is that they are keeping the addicts off the streets.  The reality of the situation is that they are keeping these victims addicted and, in the process, allowing their body, mind, and soul to gradually be destroyed. Coming off this drug is no easy task.

Buprenorphine being a longer-acting opiate, which binds to the receptors, causes tremendous chaos to the addict suffering. The withdrawal symptoms are so bad that some people will switch to a shorter-acting opiate, just to experience a less severe detox process. The entire time the person is on this drug they are living like a zombie and must come off if they wish to reclaim their soul.