Ibogaine is a natural substance found in the Tabernanthe iboga plant which grows in Central West Africa. 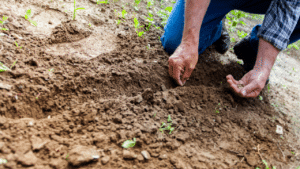 Much like certain fruits or vegetables have nutritious qualities in some parts of the plant and not in others, such is true for the iboga bark as well. From Iboga, Ibogaine is extracted. It takes a massive quantity of iboga to extract just a small amount of the beneficial substance of the plant known as Ibogaine.

Ibogaine use is an ancient practice dating back hundreds of years. In West Africa, the Ibogaine alkaloid has been used in rituals and for healing for many years. Today, Ibogaine offers promising hope to those who struggle with substance use disorder and need help overcoming addiction. For many, Ibogaine is a life-saving, miracle cure that helps to fight the physical effects of addiction and rebalance the body for recovery and healing.

Is Ibogaine a Drug?

Ibogaine is NOT a drug. Contrary to what many hear, it is not hallucinogenic and it does not produce psychoactive or psychedelic effects. Ibogaine is a substance, an alkaloid that is part of many different alkaloids, that make up the Iboga. As David explains…

“Ibogaine is a substance from Iboga. It takes many pounds of
Iboga to be processed down resulting in just a small amount of ibogaine.”

The other alkaloids of the Iboga are not used in ibogaine treatment. Think of a coconut. If I handed you a coconut, would you just eat the entire coconut? Of course not! You would drink the water or consume the flesh inside, but you would not eat the entire coconut, shell and all. The same is true with Iboga. Only a small fraction of the substance, the ibogaine, is used in treatment.

In low doses, ibogaine can improve energy and reduce the fatigue that is often felt by those struggling with symptoms of drug or alcohol withdrawal. According to professionals that administer this powerful life-changing substance, there is no set dosage of Ibogaine that is correct for each guest. At the Ibogaine Clinic, we work closely with you to define a treatment plan that incorporates ibogaine into various other forms of therapy to provide a broad spectrum of care.

Taking ibogaine under the direction of an experienced treatment professional such as David Dardashti initiates a safe recovery zone where guests can inspect their internal beliefs and past potential trauma or other experiences that may be at the root of the cause of their addiction. Often, getting to the cause of addiction itself is the key factor in whether an individual fully recovers. Traditional treatment for addiction to opiates, stimulants or alcohol is often lacking in its ability to effectively guide the guest to an understanding that whatever is in their past, that they keep dredging up is right where it needs to be—in the past. Bringing the problem up over and over again creates an unhealthy pattern of taking drugs or alcohol to cope with the memories.

Ibogaine has also shown significant potential to help the body reset and produce healing benefits for conditions such as diabetes, Parkinson’s disease, and other health conditions.

Ibogaine Can Help YOU

You may have heard things about Ibogaine that are untrue. Or perhaps you are considering ibogaine treatment, but you just need that last little bit of understanding before you take the leap of faith. Either way, ibogaine could be a life-changing opportunity for you to take back control of your health. Here’s how it works:

Ibogaine can help those struggling with addiction to meth, opiates such as Subutex or Suboxone, and short-acting opiates like heroin and painkillers. This treatment is ideal for those who have tried other methods, and maybe have lost hope—we don’t want you to lose hope, we want you to find hope in the recovery and healing properties that ibogaine has to offer.

What if We Told You Recovery Didn’t Have to Hurt?

What if we said that taking ibogaine would STOP painful withdrawal symptoms in their tracks? What if we told you that ibogaine could halt cravings for opiates, alcohol, and other substances after just one treatment? Would you be willing to give ibogaine a try?

Thousands of people have come to The Ibogaine Clinic skeptical, or at their last bit of hope, to seek treatment. They have been to other centers. They have tried other treatments—and ALL have failed them. Many are afraid to come because they KNOW the pain that was felt the “last time” they went to rehab, and they simply do NOT want to endure such pain ever again…

If this sounds like you, please call us at 1-800-818-4511 to schedule a comprehensive assessment. For our greatest fear is that people just like YOU are lost to opioid addiction because they are too afraid to take one more chance at getting clean. See our testimonials for real-life accounts of the many men and women who have been healed by ibogaine—and then give us a call
so that you can begin your recovery journey.