Why is Ibogaine not legal? 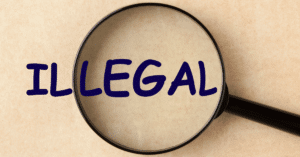 Why is Ibogaine not legal in the United States?

Ibogaine has been scientifically proven to be the best cure for opiate addiction. It cures the acute withdrawal symptoms almost instantaneously. It gets rid of the post-acute withdrawal symptoms as well, which can last from a few months to a whole year. It stops the wires in the brain from chasing the drug. It restores the damage, which causes the addict to suffer from depression and memory loss. It also metabolizes into neuro-ibogaine, which acts on the brain as a natural antidepressant and energy booster. The obvious question is why is ibogaine not legal in the United States if it is so effective.

Ibogaine was discovered by Howard Lotsof as a cure for opiate addiction in nineteen sixty-two. There was a patent that expired and no pharmaceutical company wanted to reclaim the paten. The reason being is that because it is an only one-time use, they cannot make a profit off it. They thus would rather treat people with less effective drugs. Ibogaine has since then been classified as a schedule one drug in the United States.

The United States government obviously does not claim this to be the reason. Ibogaine is considered to be a dangerous drug, due to its hallucinogenic, cardiovascular, and neurotoxic effects. This can be dangerous in a non- medical setting. In a medical setting, however, the dangers of the drug are minimal. The medicine in fact is of a much less fatality rate than other opiate detoxification drugs. Methadone, Suboxone, and Subutex are much more toxic and at risk of fatality, the ibogaine is. There are also many other medical benefits that ibogaine has that pharmaceutical companies fear.